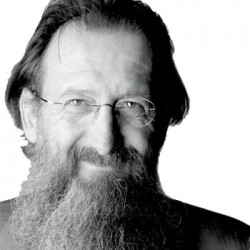 Michele De Lucchi was born in 1951 in Ferrara and graduated in architecture in Florence. In the years of radical and experimental architecture, he was a major player in such movements as Cavart, Alchymia, and Memphis. Designed lamps and furnishing items for the most renowned Italian and European companies. Was in charge of Design at Olivetti from 1988 to 2002, developed experimental projects and conceived a number of personal theories on office development. Designed and refurbished buildings in Japan for NTT, in Germany for Deutsche Bank, in Switzerland for Novartis, and in Italy for Enel, Olivetti, Piaggio, Poste Italiane, Telecom Italia. Has been in charge of requalification of a number of power plants for Enel since 1999. Cooperated to the image development of Deutsche Bank, Deutsche Bundesbahn, Enel, Poste Italiane, Telecom Italia, Hera, Intesa Sanpaolo, and other Italian and foreign companies, introducing technical and aesthetic innovation in work places. Giancarlo Fassina was born in Milan, Italy. He obtained a degree in Architecture at the Politecnico University in Milan. He has worked on several projects involving Industrial Design. He received a Compasso D'oro award for his Tolomeo Series of lamps which he designed together with Michelle de Lucchi.
Display: List / Grid
Show:
Sort By:
Product Compare (0)
Tolomeo Classic Ceiling / wall Lamp
ΣΕΙΡΑ FBL 19TW Φωτιστικό σώμα οροφής ή τοίχου - Tolomeo hang Lamp. Pvc καπέλο, μπράτσο από αλουμ..
Add to Wish List
Add to Compare 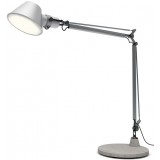 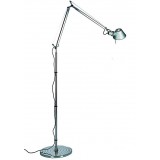