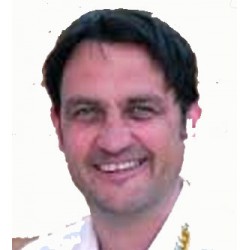 The "footprints" of the young Chief designer Hartmut Michalke, can be found in Eurobib's / SchulzSpeyer different shelving and furnishing systems, presentation systems and accessories, numerous counters, individual pieces of furniture, guide systems, etc. Michalke demonstrates the versatility of the designs. A cube construction, open on all sides, sitting on a pedestal on casters, make it possible for several clients at a time to consult, "without getting too close to one another". Mac Stopa is known for his modern, innovative and unconventional interiors that reflect and enhance a company’s corporate image as well as for designing interiors that are functional, comfortable and productive work environments, increasing a company’s appeal as “an employer of choice.” For the Zywiec Group (Heineken) project, Massive Design won the bronze medal for commercial interior design at the Bienal Miami + Beach competition in the USA. In 2013, he designed the interiors for the newly-built Ghelamco Arena in Ghent, Belgium, which received a Best of Year Honoree Award 2013 in the communal/public space category from New York-based Interior Design magazine. In 2014, the Ghelamco Arena project was honored with an Interiors Award in the sports category during the 35th Annual Interiors Awards in New York presented by Contract magazine. In addition, the Ghelamco Arena project received the 2014 Grand Prix Award during the 9th Saint-Gobain Gypsum International Trophy Awards held in Berlin, Germany.