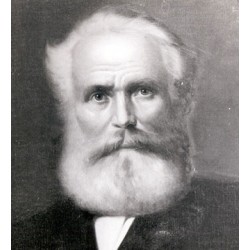 Michael Thonet’s sons Franz, Michael Jr., August, Josef and Jakob joined the company Gebrüder Thonet in Vienna in 1853. After Michael Thonet’s death in 1871, they took over the company together. They developed new machinery and operating procedures. Additionally they presented countless advancements and continuously produced new furniture concepts. Around the turn of the 19th century, the third generation of the family became actively involved in the company: Karl, Julius, Theodor, Alfred, Victor and Richard designed a multitude of new furniture and products over the course of their time with the company.