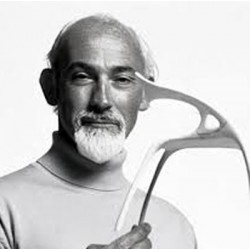 Born in Cardiff, Wales, Lovegrove studied design at Manchester Polytechnic and subsequently trained at the Royal College of Art, London. He then worked for the well-known design consultancy frogdesign, where he worked on projects that included the design of the Sony Walkman and computers for Apple. As an in-house designer for Knoll International in Paris, Lovegrove designed the successful Alessandri Office System and as a co-member of the Atelier de Nimes, along with Philippe Starck and Jean Nouvel, he acted as design consultant to Luis Vuitton, Cacharel, Dupont and Hermes. In 1990, he set up his own design office in London, Studio X. Since that time, his clients have included Sony, British Airways, Kartell, Cappellini, Phillips, Moroso, Apple, Luceplan, Tag Heuer, and Herman Miller. Lovegrove, has a unique ability to seduce the consumer with appealing fluid shapes, persuasive technology, rich color and beautiful materials. He is inspired by forms of the natural world, the possibilities of new manufacturing techniques and the ability to evoke an emotional response in users. Many of his designs address ecological issues and he has worked on a proposal for a lightweight product architecture called the Solar Seed that is solar powered and inspired by the form of a cactus. Whether creating a luxury leather bag collection or a plastic thermos flask, Lovegrove's humanistic approach and organic sensibility have set a direction for design in the next century. 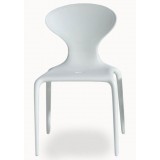 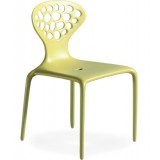 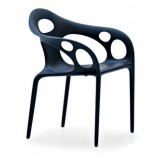