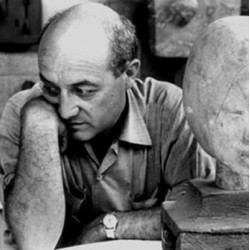 Isamu Noguchi was born in the United States, his mother being an American writer and his father a Japanese poet. He spent his childhood travelling around the world: India, Paris, and above all Japan, before returning to America at the age of 14. Having undertaken studies in medicine, he began to take an interest in sculpture, and thanks to a scholarship from the Guggenheim Foundation, was able to study in Paris for two years under the guidance of Constantin Brancusi, the great sculptor who influenced Noguchi's work throughout his life. When he returned to New York, Noguchi broadened his interests to urban planning and development, designing various parks, squares and playgrounds around the world. He also worked as a stage designer for important theatre companies, and later designed objects, furniture and furnishings. In 1980 he founded the Isamu Noguchi Garden Museum in New York, a permanent exhibit of his own works. Noguchi's works cover the entire range of design, from pieces of purely decorative abstract art to the essentially functional (such as the ΅°baby monitor΅± in bakelite or rice paper lamps). However, the majority of his work goes beyond these boundaries, as if ensuing from the sculptural desire to coexist both as an art object and furniture element. 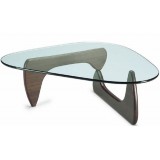 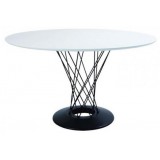 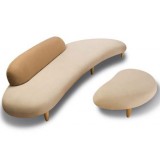