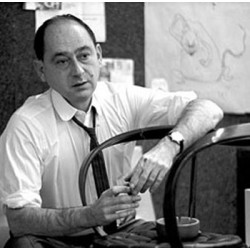 American George Nelson was a well-established architect, urban planner and industrial designer, as well as a respected journalist, essayist and architecture critic, foretelling the advent of miniaturization technologies and dematerialization. Considered one of the pioneers of the modern movement ¨C together with extraordinary American designers such as Raymond Loewy, Charles and Ray Eames, and Eliot Noyes ¨C Nelson was, among other things, the inventor of the integrated office system and the concept of pedestrian shopping areas. Nelson's studio produced some of the milestone pieces in 20th century industrial design, aside from providing great contributions to the "storage wall," shopping mall, and "open-plan" office system. His work ranged from furniture and product design (such as the 1968 Editor typewriter for Olivetti) to packaging, graphic design and multimedia presentations, not to mention his large scale architectural projects. His furniture pieces stand out for their excellent craftsmanship and the high quality of materials employed, marked by their graceful lightness, linearity and elegance. 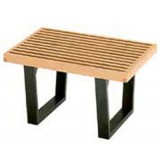 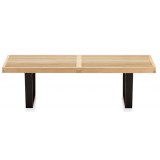 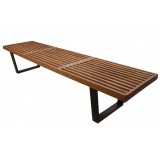