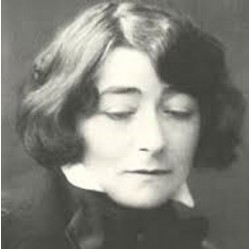 Kathleen Eileen Moray Gray (9 August 1878 – 31 October 1976) was an Irish furniture designer and architect and a pioneer of the Modern Movement in architecture. She was born near Enniscorthy, a market town in south-eastern Ireland. Her father was a painter who encouraged his daughter's artistic interests. Her mother was Eveleen Pounden, a granddaughter of the 10th Earl of Moray; she became the 19th Baroness Gray in 1895, upon the death of her own mother, née Lady Jane Stuart. After that, Lady Gray, who had separated from her husband in 1888, changed her children's surname to Gray.

Irish and aristocratic by birth, Eileen Gray was trained at the Slade School of Fine Arts of London and in 1902 she moved to Paris. With her extraordinary, creative and unusual personality, she represented the "new woman" of the 1900s: she wore her hair "like a man," she smoked in public, drove a car, and flew in an airplane. She had romances with men and women and went to restaurants and nightclubs with them, even wearing men's clothing.

In 1922, she opened a gallery with furniture, lamps, mirrors and carpets that she produced in small quantities. After her success as an interior decorator, and after turning 40, she studied architecture. From Art Deco, she migrated towards the Modern Movement, leaving an indelible influence on the history of 20th century design. Her house "E 1027" in Cote d'Azur (1927-29) was famous: an emblem of architecture from the 1900s, a monument to Gray's modernist vision. 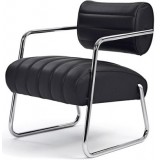 Bonaparte chair
Steel tubing, beech, rubber, upholstery. Bonaparte is one of the seldom cases in which the luxurious..
Add to Wish List
Add to Compare 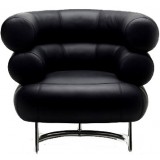 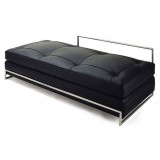