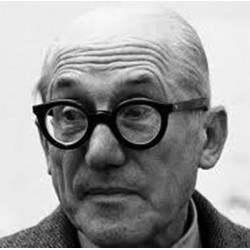 Charles-Édouard Jeanneret-Gris, better known as Le Corbusier (1887-1965), was a Swiss-French architect, designer, painter, urban planner, writer, and one of the pioneers of what is now called modern architecture. He was born in Switzerland and became a French citizen in 1930. His career spanned five decades, with his buildings constructed throughout Europe, India, and America.

In the first issue of the journal, in 1920, Charles-Edouard Jeanneret adopted Le Corbusier (an altered form of his maternal grandfather's name, Lecorbésier) as a pseudonym, reflecting his belief that anyone could reinvent himself. Adopting a single name to identify oneself was in vogue by artists in many fields during that era, especially in Paris. Between 1918 and 1922, Le Corbusier did not build anything, concentrating his efforts on Purist theory and painting. In 1922, he and his cousin Pierre Jeanneret opened a studio in Paris at 35 rue de Sèvres.

His theoretical studies soon advanced into several different single-family house models. Among these was the Maison "Citrohan", a pun on the name of the French Citroën automaker, for the modern industrial methods and materials Le Corbusier advocated using for the house. Here, Le Corbusier proposed a three-floor structure, with a double-height living room, bedrooms on the second floor, and a kitchen on the third floor. The roof would be occupied by a sun terrace. On the exterior Le Corbusier installed a stairway to provide second-floor access from ground level. Here, as in other projects from this period, he also designed the facades to include large uninterrupted banks of windows. The house used a rectangular plan, with exterior walls that were not filled by windows but left as white, stuccoed spaces. Le Corbusier and Jeanneret left the interior aesthetically spare, with any movable furniture made of tubular metal frames. Light fixtures usually comprised single, bare bulbs. Interior walls also were left white. Corbusier said: "Chairs are architecture, sofas are bourgeois". Le Corbusier began experimenting with furniture design in 1928 after inviting the architect, Charlotte Perriand, to join his studio. His cousin, Pierre Jeanneret, also collaborated on many of the designs. Before the arrival of Perriand, Le Corbusier relied on ready-made furniture to furnish his projects, such as the simple pieces manufactured by Thonet, the company that manufactured his designs in the 1930s. In 1928, Le Corbusier and Perriand began to put the expectations for furniture Le Corbusier outlined in his 1925 book L'Art Décoratif d'aujourd'hui into practice. In the book he defined three different furniture types: type-needs, type-furniture, and human-limb objects. He defined human-limb objects as: "Extensions of our limbs and adapted to human functions that are type-needs and type-functions, therefore type-objects and type-furniture. The human-limb object is a docile servant. A good servant is discreet and self-effacing in order to leave his master free. Certainly, works of art are tools, beautiful tools. And long live the good taste manifested by choice, subtlety, proportion, and harmony". 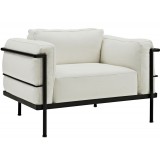 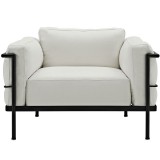 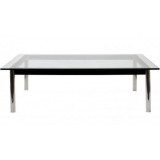 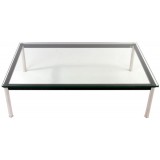 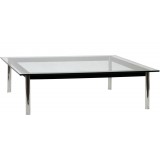 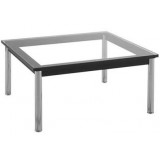 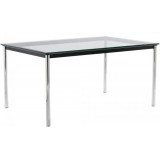 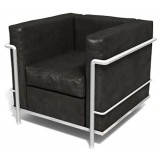 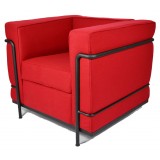 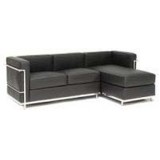 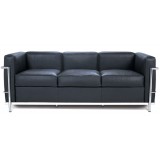 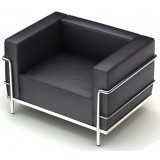 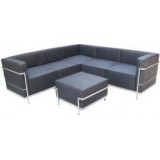 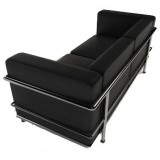 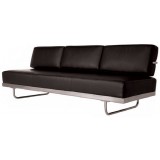 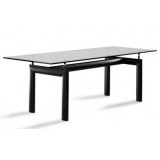 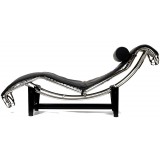 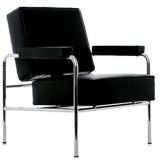 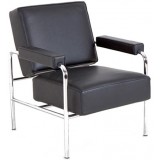 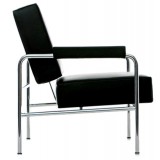 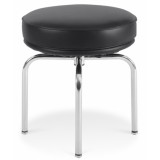